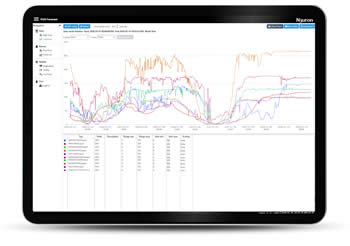 N3uron is a modern and highly customizable industrial software solution to empower organizations to accomplish any data collection project. With numerous fully integrated software modules, N3uron can perform a countless variety of tasks and design your supervisory control and data acquisition (SCADA).

N3uron is a modern and highly customizable Industrial IoT and SCADA software solution to empower organizations to accomplish any data collection project. With numerous fully integrated software modules, N3uron can perform a countless variety of tasks and design your supervisory control and data acquisition (SCADA).

N3uron is a modern and highly customizable industrial software solution to empower organizations to accomplish any data collection project. With numerous fully integrated software modules, N3uron can perform a countless variety of tasks and design your supervisory control and data acquisition (SCADA). 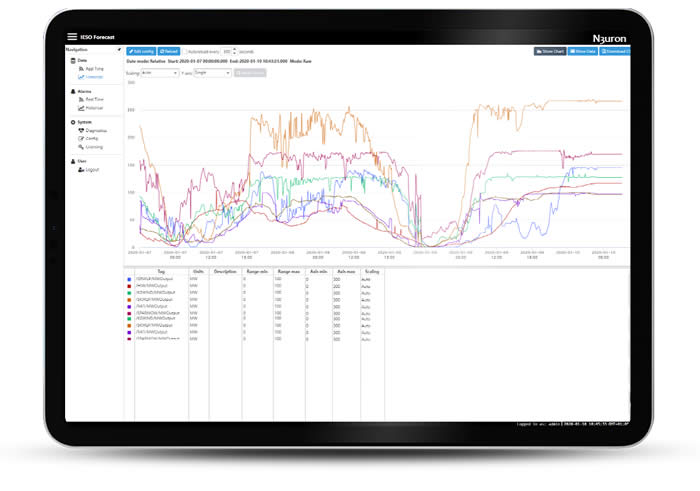 All N3uron module licenses include an endless number of clients, tags and connections, enabling you to build and scale-up your system in-line with your needs, both now and in the future.

Any N3uron’s module license comes with an endless number of clients, tags and connections to let you build and expand your system according to your needs, present and future.

All of our modules have been designed as out-of-the-box software solutions that are ready to go and can be set-up in just one minute.

Compatible with any SCADA

All N3uron Edge solutions are fully compatible with the main and leading SCADAs currently available on the market. Web Vision is N3uron’s fully integrated SCADA software solution for improved and simple integration.

N3uron can be run on both Windows & Linux and supports numerous previous versions of these Operating Systems. N3uron can be accessed and configured from any device.

N3uron is a highly customizable modular platform, which allows users to carry out a number of additional functionalities by continuously adding new modules to the platform.

N3uron is built to operate right onto the devices or next to them, on the plant floor.

We’ve been using N3uron since 2016 and I have to say, it has really transformed the way we do business! N3uron allows us to accomplish our data collection projects in a more dynamic and competitive way than ever before.

We’ve been using N3uron since 2016, and I’ve to say that It has transformed the way we do business, allowing us to accomplish any data collection project more dynamically and competitively than ever.

Some of Our Happy Customers

Some of Our Customers

N3uron is a modern and highly customizable Industrial IoT and SCADA software solution that bridges the gap between manufacturing plants, SCADA systems and Cloud-oriented applications. Thanks to our range of fully integrated software modules, N3uron can perform an endless list of tasks at the network edge and also allows users to custom-build their own supervisory control and data acquisition system (SCADA).

N3uron is a modular platform that gives you full access to your industrial and operational data, allowing organizations to securely and reliably collect, deliver, monitor, and control assets. The modular design also makes it easy to scale-up and expand the functionalities of your N3uron platform by allowing you to stack multiple modules without needing to pause N3uron. In this way, users can add extra functionalities to the platform and connect N3uron to any PLCs or OPC servers, etc., as well as create custom Industrial IoT or SCADA solutions. Visit our Modules page to learn more about all available N3uron functionalities.

Which devices is N3uron compatible with?

N3uron is a multi-platform IIoT software solution, which means that it can be run on both Windows and Linux Operating Systems. To date, N3uron has been successfully tested on the following Linux distributions: Debian, Ubuntu, Gentoo, CentOS, RHEL (Red Hat Enterprise Linux), Amazon Linux 2, Oracle Linux and Yocto Linux, among others. In terms of Windows systems, N3uron is compatible with Windows XP, Windows 7, Windows 10, Windows 10 IoT, Windows Server 2003, 2008, 2012, 2016 and 2019. It can also be run on ARM devices, including Raspberry Pi and several other SBCs.

What does unlimited licensing mean?

N3uron is a modular platform, which means that licensing is also module-based. That said, once you have purchased and own a module license, you can connect an unlimited number of clients, tags and connections to the module functionality installed on the platform. The only limitation that exists is the hardware capability of the device where N3uron has been installed.

N3uron is a modular platform used by numerous integrators and industrial businesses around the world. Leading companies from all different sectors use N3uron for their Industrial IoT projects. For a detailed list of the companies that have trusted in N3uron, visit our Customers page.

How does the N3uron free trial work?

Each module in N3uron can be used for one hour at a time, with no further restrictions. Upon expiration of the demo, each module will automatically stop running. By logging into the N3uron web interface, the demo period can be re-started to enable another hour of execution time for each module. The demo period may be re-started any number of times.

Any cookies that may not be particularly necessary for the website to function and is used specifically to collect user personal data via analytics, ads, other embedded contents are termed as non-necessary cookies. It is mandatory to procure user consent prior to running these cookies on your website.