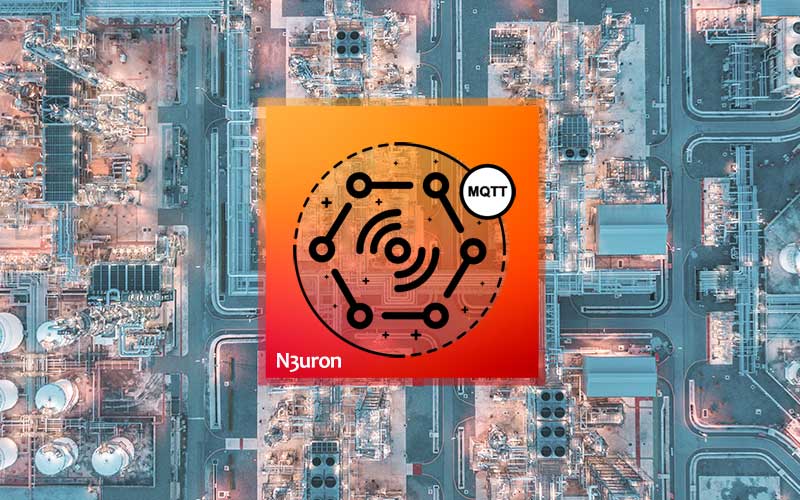 What is MQTT, and why is it ideal for IIoT?

If you work in the Industrial IoT (IIoT) sector, you probably have already heard about Message Queuing Telemetry Transport (MQTT). Today it is largely used as a primary communication protocol for IIoT solutions, as well as for data exchange with the leading cloud service providers such as Microsoft Azure, AWS, Google Cloud or IBM Watson and even with social networks like Facebook.

In an ever-increasing automation scenario, where numerous data sources such as sensors, control devices and robots interact with manufacturing systems, and the inevitable digitalization process of companies demands vast volumes of data in order to improve their competitiveness, it is in the industrial space where the true value of the IoT can be found. The IIoT unlocks what were once isolated data silos by using open technologies to seamlessly share these data with any enterprise-level, cloud or third-party system in a secure, flexible and scalable way.

One of the most important things to define in any IIoT solution is the communication protocol as it will be the foundation of the system. Most extended IIoT protocols are either publish-and-subscribe  typeor poll/response. MQTT falls into the first category, where clients connect and publish data to a topic on an intermediary broker; on the other hand, clients can also subscribe to a topic in order to retrieve the data. 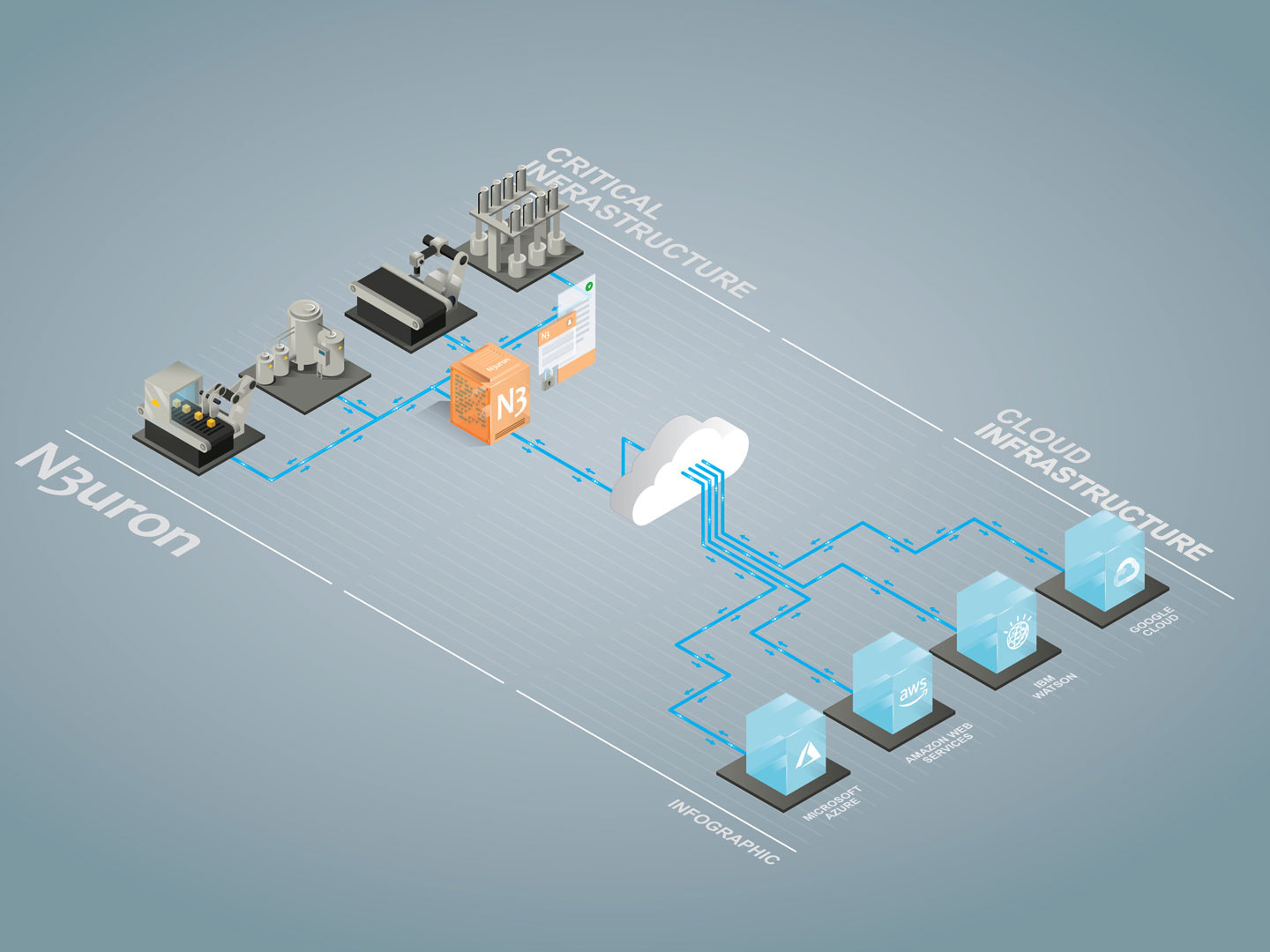 Critical infrastructure made up of multiple industrial devices pushing data through the MQTT protocol to various Cloud providers.

Publish/subscribe protocols decouple devices and allow applications to connect to middleware, thus being able to connect any application that requires data from any device without overloading the network. Instead of applications periodically checking devices for any changes, applications can connect to the broker and subscribe to the relevant data.

Regardless of whether industrial systems exchange data with analytics and visualization applications, such as the Supervisory Control and Data Acquisition (SCADA) system, or with a cloud platform, all data can be transmitted efficiently and securely by using the MQTT protocol. Built on top of TCP/IP, MQTT is an event-based, lightweight publish/subscribe messaging protocol designed for low bandwidth, high latency and unreliable networks. These outstanding features, together with the fact that it is open-source, have made it emerge as the de facto standard for IIoT and the best choice for transferring huge volumes of data to cloud services as well as integrating devices with third-party applications.

What are the advantages of MQTT?

MQTT was invented by Arlen Nipper and Andy Stanford-Clark in 1999 to create a near real-time protocol with agnostic payloads, connecting data-producing devices such as programmable logic controllers (PLCs), remote terminal units (RTUs) and flow computers on oil and gas pipelines over satellite connection to multiple data consumers to include the SCADA control system and backend enterprise resource planning (ERP) applications. The key requirements of the protocol were that it be:

These goals are still the central core of MQTT and the reason why it has been so widely adopted for operations and bridging the gap between OT and IT technologies.

MQTT has three main features that make it the ideal IIoT protocol:

Limited bandwidth is a serious challenge to IIoT, especially for remote sites where unreliable communications are used. MQTT is an event-driven protocol, devices connect directly to the server (broker) and applications, also connected to the server, get updates whenever there are changes to the data, thus preventing sending and receiving repetitive data.

By using TLS, MQTT establishes a secure, private connection that requires the exchange and approval of security certificates where data is encrypted.

Last but not least, MQTT provides a really useful feature called “stateful awareness”. Besides transmitting process data from devices, MQTT also sends the device status data about the condition of the device or network connection, making it very easy for the operator to determine if networks are operational or devices are unavailable.

How Does MQTT Work?

MQTT is a messaging protocol based on the publish/subscribe messaging model where publishers send messages; subscribers receive the messages they are interested in, named topics, with brokers passing messages from publishers to subscribers. Both publishers and subscribers are MQTT clients communicating with an MQTT broker. 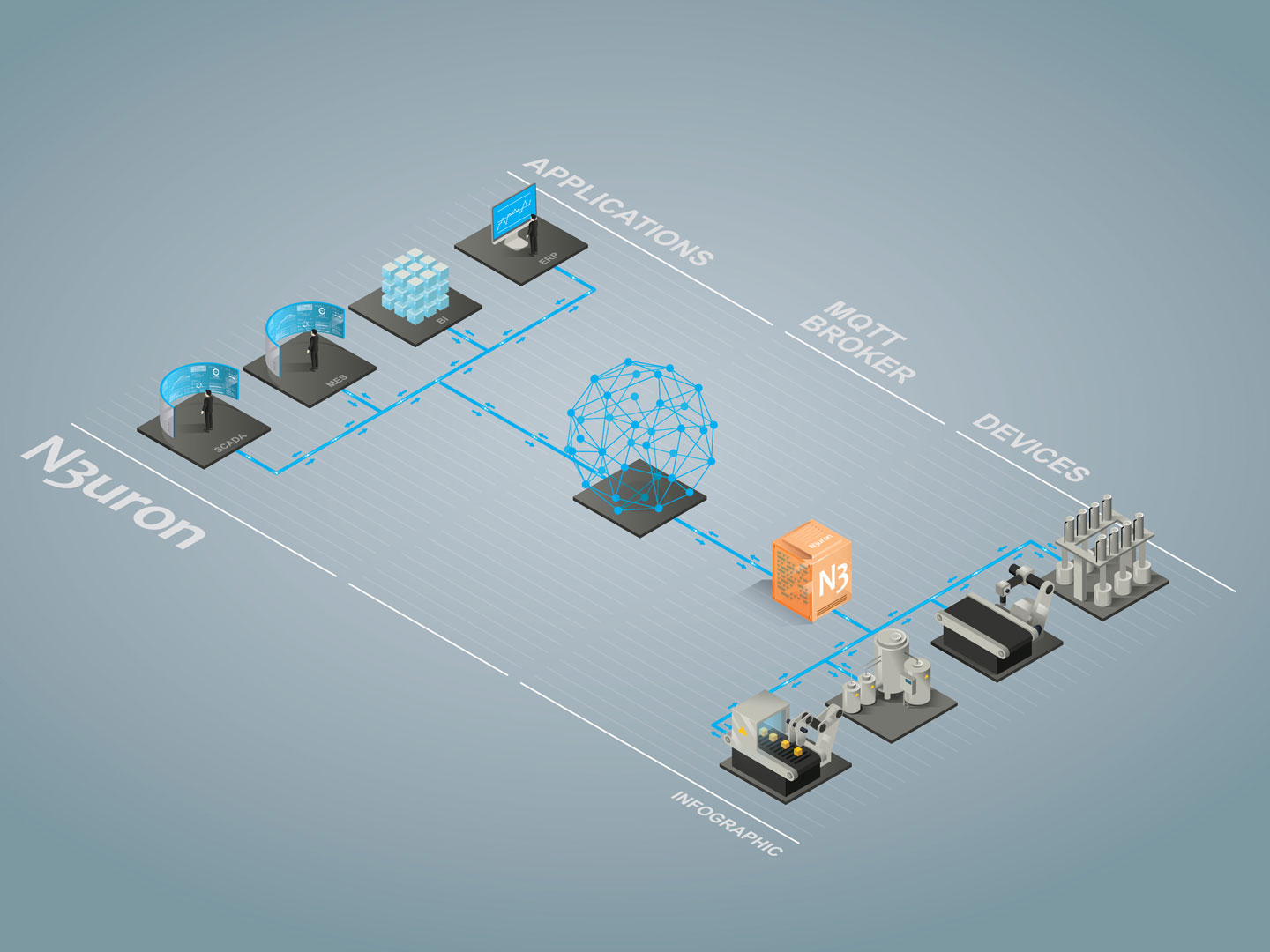 Distributed architecture made up of multiple devices and industrial applications connecting to an MQTT broker.

The MQTT broker is software running on a computer and acts as a post office, using subject lines in place of addresses, more commonly named topics, to which you have to subscribe if you want to receive a copy of that message. Multiple clients can receive the message from a single broker and vice versa. As it is a bidirectional communication protocol, clients can either produce or receive data.

MQTT uses reporting by exception, that is to say, data is only sent when there are changes, it is totally data-agnostic and it  is possible in any encoding, encrypted data and virtually every data in binary. It also provides quality of service(Qos)levels to determine how each message is delivered.

The efficiency of the lightweight MQTT protocol make it possible to significantly increase the volume of data being monitored, controlled and analyzed.

What are the advantages of using MQTT with a Cloud’s provider?

As mentioned above, using MQTT enables to decouple applications from devices, connecting devices to infrastructure and not to applications, making data available to multiple consumers, not only for operations but any new application that may need it, such as predictive maintenance, advanced analytics and machine learning cloud-based services.

The leading cloud providers enable OT data to be collected via different protocols, but they all have one common feature. Can guess what that is? That’s it, MQTT. The main reasons why MQTT has been so widely adopted for cloud data ingestion are:

So, if you are planning to deploy an IIoT architecture, play it safe and don’t hesitate to choose MQTT as your  cornerstone.

How to Get Started with MQTT

If you’re ready to try using MQTT, download the N3uron free trial version and read our MQTT manual on how to implement and use N3uron’s MQTT software module on our communication platform. Download the MQTT Manual

José Granero Nueda
José Granero is Head of Customer Success at N3uron Connectivity Systems. With a strong background in industrial automation and telecommunications, today, he leads the customer success team, overseeing the customer journey from onboarding to provide the best customer experience.

Pier Giorgio Parrini
Pier Giorgio Parrini is Marketing & Business Development Manager at N3uron Connectivity Systems. With a strong background in communication today, he continues to strengthen the company's awareness and drive its growth. In his spare time, he loves spending time with his family, bike riding and travelling. 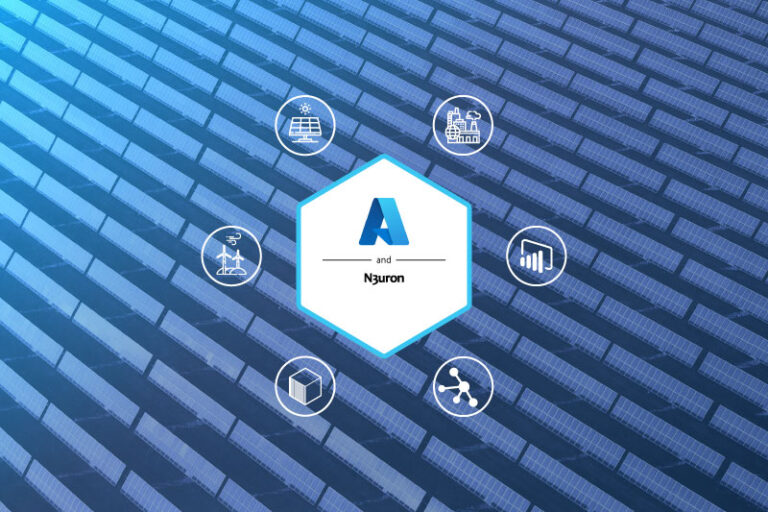 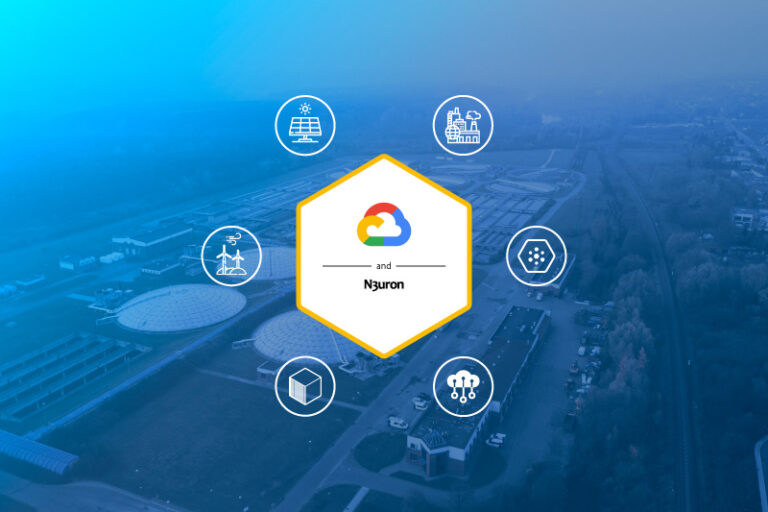 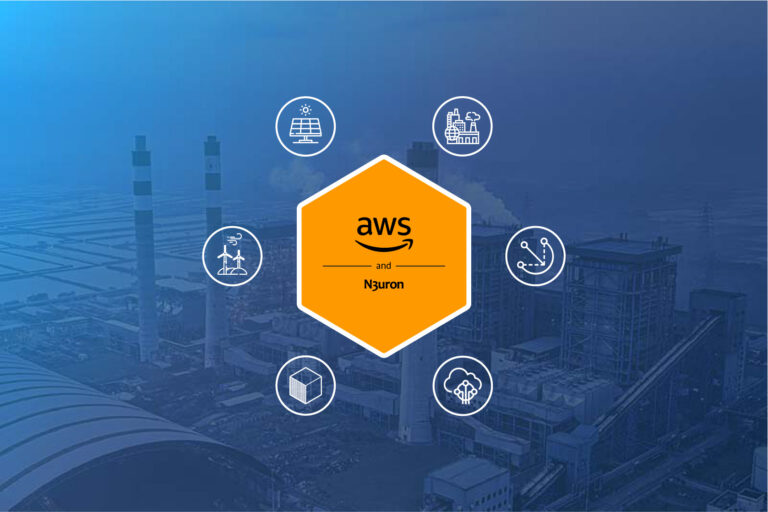 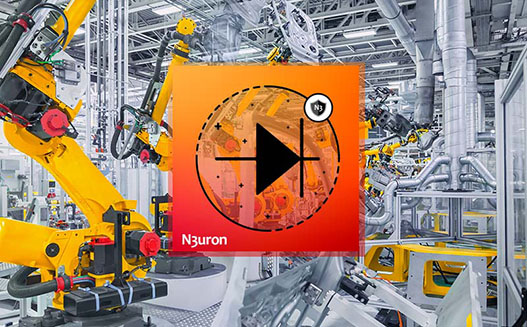 Cybersecurity: How to Strengthen Security in Industrial IoT Systems with N3uron

by Jose Granero
Previous
How to Improve Industrial Asset Security Using Data Diode
Next
Cybersecurity: How to Strengthen Security in Industrial IoT Systems with N3uron

Want to stay up-to-date with us?

This website uses cookies to improve your experience while you navigate through the website. Out of these cookies, the cookies that are categorized as necessary are stored on your browser as they are essential for the working of basic functionalities of the website. We also use third-party cookies that help us analyze and understand how you use this website. These cookies will be stored in your browser only with your consent. You also have the option to opt-out of these cookies. But opting out of some of these cookies may have an effect on your browsing experience.
Necessary Always Enabled
Necessary cookies are absolutely essential for the website to function properly. This category only includes cookies that ensures basic functionalities and security features of the website. These cookies do not store any personal information.
Non-necessary
Any cookies that may not be particularly necessary for the website to function and is used specifically to collect user personal data via analytics, ads, other embedded contents are termed as non-necessary cookies. It is mandatory to procure user consent prior to running these cookies on your website.
SAVE & ACCEPT